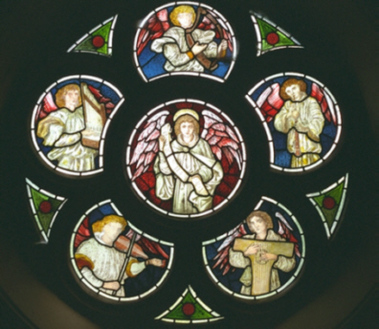 The East wall, behind the altar, is dominated by the three Lancet windows and above them the Rose window.  The Rose Window (left) depicts an Angel surrounded by five Minstrel Angels.  The Lancets depict on the left the Virgin Mary, Mater Dolorosa (the Weeping Mother) with the Good Samaritan below.  In the centre Christ on the Cross with two weeping angels clasping the foot of the cross.  On the right St John, Discipulus dilectus (the Beloved Disciple) and in the panel below Dorcas (a Christian woman of Joppa and helper of the poor).

The Inscription in Latin across all three sections of the window is taken from the first Epistle of St John, Chapter 4 verse 10, with certain omissions (given in brackets below) and reads:

Herein is love [not that we loved God but] that God loved us and sent his Son to be the propitiation for our sins.

The omission in the centre is caused by the impossibility of adding a middle inscription on the central Lancet depicting Christ on the Cross. 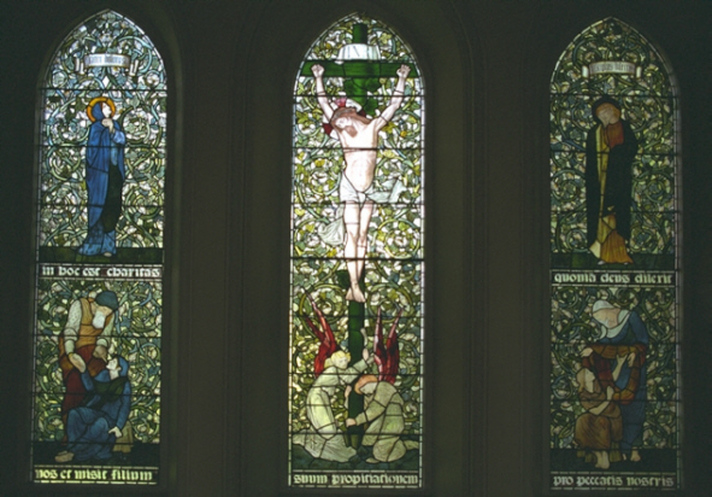