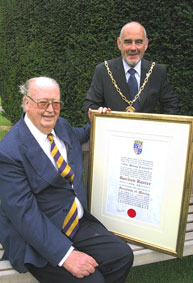 Gordon was an iconic figure who transformed W. Baxter & Sons from a small business making preserves into one of the world’s most recognisable and celebrated food businesses. He was a man of enormous talent, enthusiasm, creativity, imagination and, above all, kindness. Some of the tributes paid to him have described him as a legend and one of Moray’s greatest sons. He was all of those things and very much more.

However, for the members of Gordon Chapel, he was a very dear and much valued friend. He was, above all things, a Fochabers loon, intensely proud of his home village and its surrounding community. He loved Gordon Chapel and was treasurer for almost fifty years. He derived so much pleasure from the window installed in memory his parents. 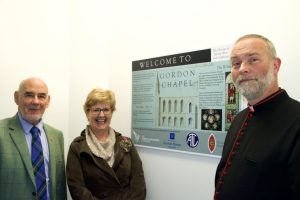 The Gordon & Ena Baxter Foundation provided an important grant that made possible the lift giving disabled access to the Chapel.